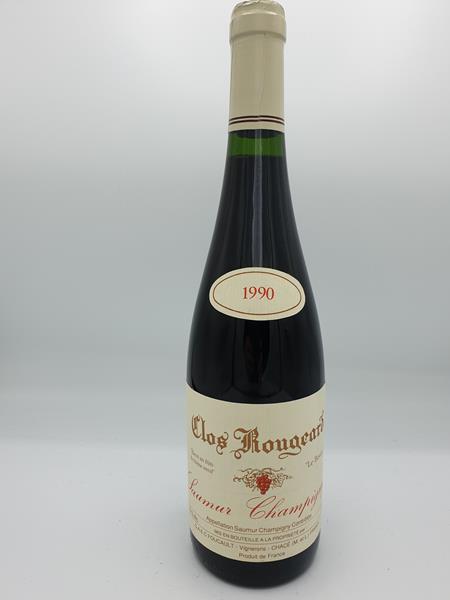 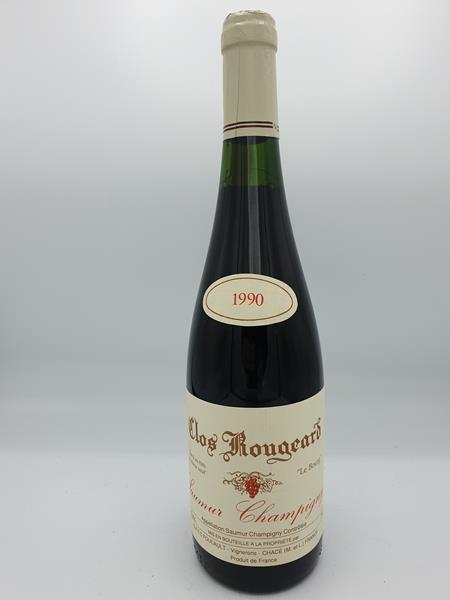 Add this procuct to shopping cart
VintagePrice
Clos Rougeard, Le Bourg 1990 is a legend becauseà Based in the village of ChacÚ, southeast of Saumur, Nady Foucault and his brother Charly make wines from their 20 hectares of vines that have acquired cult status. Of their two main vineyards, Poyeux and Bourg, it is the latter which has become most prized. While some vintages can be enjoyed in their youth, top years are best cellared for 10 years or more to reveal their aromatic complexity, silky texture and finesse. In 1993 a bottle of Le Bourg 1990 was surreptitiously included in a blind tasting of top 1990 Pomerols, including PÚtrus, Le Pin and Trotanoy, and it received the highest average score. A cult was born. Looking back In 1990 the Foucault brothers, the eighth generation of their family to farm in Saumur-Champigny, stood out thanks to their regular use of barriques to age their wines, at a time when many of their neighbours were ageing their Cabernet Franc in large casks or stainless steel tanks so as to produce a less structured wine. The very concentrated Le Bourg is far from the stereotype of Saumur-Champigny as a light wine to quaff in bars and bistros. The vintage This was an extremely hot, dry year. Some rain towards the end of summer proved beneficial and allowed the grapes to ripen fully, although in some generously cropped vineyards this caused dilution. The best wines are proving to be long-lived. The terroir The single hectare of Cabernet Franc vines in Le Bourg, located just behind the domaineÆs cellars, are about 70 years old. The soils are a thin clay with limestone and are organically farmed. (Le Poyeux is on sandier soils and the 3ha of vines are 45 years old.) As rare as Le Bourg is Clos RougeardÆs white, made from 1ha of old-vine Chenin Blanc. The vineyards, replanted using massal selections, are ploughed and manually harvested. Yields are kept very low to ensure that the wines have sufficient concentration to withstand and benefit from prolonged barrel ageing. The wine After destemming, the grapes are fermented with indigenous yeasts in oak vats with either punchdowns or pumpovers, depending on the character of the fruit. Le Bourg goes through its malolactic fermentation in air-dried new barrels, in which it remains for between 18 and 24 months. The wine is unfiltered, and spends a further year in bottle before release. The FoucaultsÆ cold cellars, tunnelled into the rock, ensure that the winesÆ evolution is slow. The reaction In March 2015, Antoine Gerbelle of La Revue du Vins de France noted: æOn opening, it appeared corked, but no. The aromas of damp mushroom vanished after 10 minutes. The nose opened to reveal a bouquet of cooked red fruits, cherries and spices. On the palate the wine still had breadth, weight and a Pinot-like tone that reminded me of a Volnay with more body: again, this balance of a basket of cherries, small red fruits and spices. Still youthful!Æ California-based winemaker and sommelier Rajat Parr tasted the 1990 Bourg in mid-2014. æIt was stunning,Æ he recalls. æThe nose reminded me of a great Cheval Blanc. Intense notes of blackcurrant compote, coffee and cedar with hints of violets. The wine seemed very young and has 20 or more years of ageing potential.Æ Richard Bernard, sommelier at the renowned Bordeaux restaurant Le St-James, said in a 2014 interview with Decanter that it was the best wine he had ever drunk. Source https://www.decanter.com/learn/clos-rougeard-le-bourg-1990-saumur-champigny-loire-france-326484/