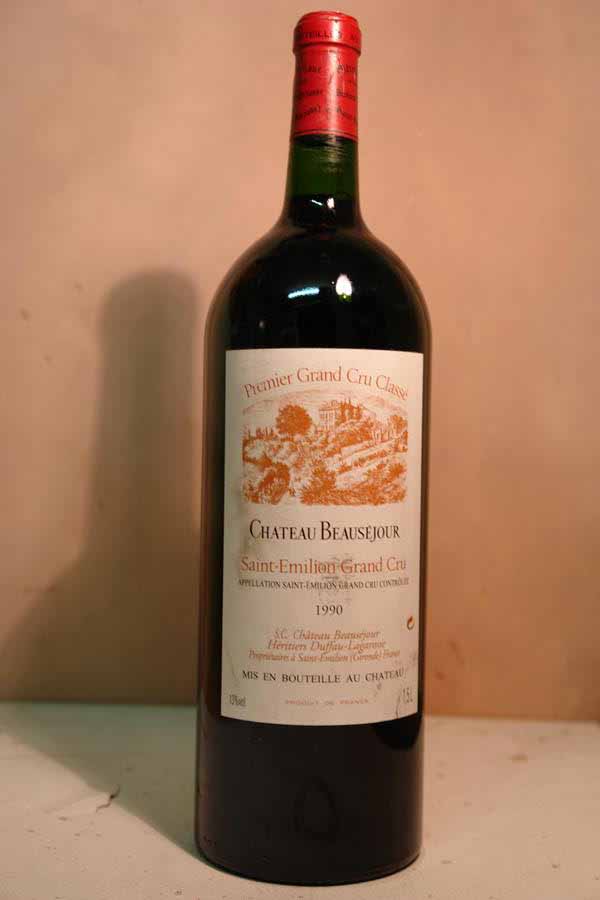 [+] Bild anklicken für weitere Ansicht
Diesen Artikel jetzt in den Warenkorb legen
JahrgangPreis
100 points Robert Parker's Wine Advocate: "One of the most singular Bordeaux I have ever tasted, it verges on being port-like, but it pulls back because of the extraordinary minerality and laser-like focus. The wine is massively concentrated, still black/purple-hued to the rim, and offers a nose of incense, blackberries, blueberry liqueur, acacia flowers, and forest floor. It reveals low acidity and high tannins, which are largely concealed by the sheer concentration and lavish glycerin the wine possesses. Aging at a glacial pace, it is approachable, but it will not hit its peak until 2020; it should last for twenty years thereafter. (RP)" (06/2009) 98 points Wine Spectator: "Liquid cashmere. Stupendous St.-Emilion. Dark ruby color. Wonderful aromas of blackberries, preserved cherries, Indian spices and violets. Full-bodied, with fabulously polished tannins and a long, long finish." (08/2000) 96 points James Suckling: "Parker made this wine a legend when he gave it 100 points on release. And I have had perfect bottles in my life of it. BTW, the 1989 is almost as good. This bottle that I had this week in Hong Kong was very, very closed and not giving the opulent character that I have encountered in this wine. It had been decanted three hours in advance and I still triple decanted it after tasting it because it was so shy on the palate. The 1990 Beausejour Duffau-Lagarosse seems to be going through a dumb period right now but it shows some fascinating dried fruit, mushroom and earth character. (Daily Collectible)" (02/2014) Jancis Robinson: "Very dark crimson. Sweet, gamey and rich on the nose with far more concentration than many 1990s yet with sufficient refreshment too. This tasted a bit like a souped-up Graves. Racy. Perhaps this wine communicates winemaking a little bit more than terroir but it's a great, compact, dense wine with lift and more than a hint of soy sauce. Umami, anyone? Drink 1998-2018 (18/20 points) " (09/2009)